D’Souza gets accosted by a freshman, and a reasonably intelligent one, with a pair of questions about white privilege and Islamic militancy arising as a reaction to American imperialism. I personally loved the response about conquest peoples around the world, including the conquests of Asians, American Indians and others throughout the world.  It is often assumed that Europeans are the only society or group of people who have a bad record regarding conquest, enslaving others, and genocide.  But clearly this type of behavior are attributes of all groups of people and societies.  In history we see that Africans, Muslims, Asians, and Native Americans have all participated in, and some have been successful in their conquest of other areas of the world and other people.  It is certainly not just Europeans, in fact Europeans are a little late to the history of this type of behavior.  Conquest, slavery, and genocide had been long pursued prior to the European conquest of the Americas and other areas of the world.   In fact the word “slave” comes from the conquest of Muslims from North Africa to Eastern Europe when the Muslims from North Africa took Slavic people as slaves.

I have made many videos on this topic, but I really wanted to provide a academic view on this subject.   When Amherst D’Souza puts this liberal student in his place about privilege I cheered out loud.   The reason is that so many people, especially far left liberals will complain about white privilege, possibly in an attempt to appear compassionate and caring.  But when it comes down to white people giving up their privilege to someone else, that almost never happens, even in the most vocal complainers about white privilege, as demonstrated in the video below.

These are videos that I have made on this subject. 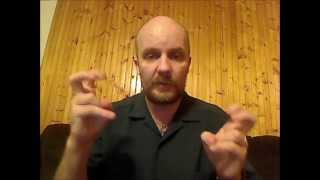 Why It Is Wrong To Say ALL LIVES MATTER

Life long free speech and liberty activist. Newspaper publisher and editor. I use "Rich Garvey Banton" as my pen name, not as a disguise but because it represents three important people and influences in my life. The reason that getting a pen-name carried so much weight is that there are MANY people named "Ryan Thompson", but few if not none for "Rich Garvey Banton". Rich = My father Richard Glen Thompson Garvey = Marcus Mosiah Garvey Banton = Buju Banton AKA Marcus Myrie These people are all very significant influences to me, and if you want to learn more about them you can either ask me, or google their names.

My childhood, adolescence and high school days are unusually important. If there has ever been a time that I developed a uniqueness and sense of humor and the ability to organize, it was then. In those early days, I developed the skills that gave me a certain degree of success in American politics.