Home
Lost Tribes
Who were the first colonists?
Prev Article Next Article

I made a documentary that covers both of the migrations that were do to “climate change”, and mostly what we call “ice ages”, and then I also cover the Polynesian migrations a small amount as well by providing talk story with Kupuna Alex Pua`a of the island of Molokai shares ancient wisdom regarding the Hawaiian concept of “pono” and how it is relevant to today’s society.
circa 2004 https://www.youtube.com/watch?v=r7NjMzUY1-k

This is the most recent work that I have put together on this topic. But a continuation on a topic that has been going on for a long time.

I am still putting content together for the last two parts of my mini-series called “Hawaii Divided”. This is the first part of that serious, and this also contains deeper information about the topic “origins and who were the first colonists” both in Hawaii and abroad.

Due to the recent increase in racially related riots and protests (a lot of both). I have made more related commentary on this topic at: https://disruptarian.com/tell-me-a-little-bit-more-about-white-privilege/

One more fantastic man to listen to on this topic is brother Al Gonzales.

I am aware that Al recently passed away. Sending love to this brother and his family. 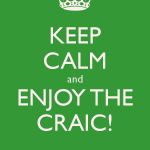 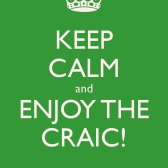 "Having nothing, nothing can he lose." - William Shakespeare