I have reported on Wikileaks from many years now.  From when the left was celebrating Wikileaks for revealing the hidden details and indiscretions about the Iraq/Afghanistan war to recently years when Hillary Clinton, the Democratic National Committee, and now the CIA has been the target of the data releases.

There have been a lot of questions recently as to if Julian Assange the founder of Wikileaks is still even alive, as a result of Julian Assange being scarce from the public eye.
However on March 9th 2017 Julian Assange makes a live appearance to document some of the details of this data dump.   The results of this latest appearance have been mixed, some saying that this is not Julian Assange but a computer generated likeness of Julian, and some are celebrating that he has come in person on a live broadcast to detail his latest data release.

Whatever the case, I always advise people to do their own research.  It may or may not be authentic, however Wikileaks has a 100% record for accuracy by not once releasing fake facts or having to retract anything.  Wikileaks is the platinum standard for journalism so far.

Now on to the release.  There is a lot here, and in fact is the biggest publication on unpublished CIA information to date.   In the past year or more, I have made several blogs on the topic of the CIA and the FBI counter intelligence programs  “Co-intel-pro”.   First let me say, I would not try to claim that I am an expert on this, nor have I went through the more than 8,000 documents contained in the leak.  So again, do your own research.

A lot of this information is already well known hacks.

For example, hackers can remotely hack into your vehicle, and control it from over a mile away without any evidence of what is happening or what has happened afterwards.

Reference;  Your car’s computer (the “Canbus” and the “ECU” is connected to every part of your car, and in newer cars, it has been networked to the outside world)

Can the Government Hack Into Your Car?

Another example is fake cellphone towers, that are often controlled by law enforcement.  Police departments have publicly admitted to using these.
Stingray Cell Phone Tracker Concealed by Police

The Wikileaks publication also reveals that the CIA can hack your Samsung Television to listen to remotely; 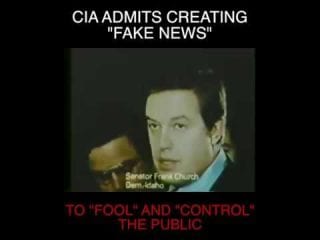 Life long free speech and liberty activist. Newspaper publisher and editor. I use "Rich Garvey Banton" as my pen name, not as a disguise but because it represents three important people and influences in my life. The reason that getting a pen-name carried so much weight is that there are MANY people named "Ryan Thompson", but few if not none for "Rich Garvey Banton". Rich = My father Richard Glen Thompson Garvey = Marcus Mosiah Garvey Banton = Buju Banton AKA Marcus Myrie These people are all very significant influences to me, and if you want to learn more about them you can either ask me, or google their names.

I was eight when independence happened. I remember my mum and dad getting dressed up to go to the independence concert to go listen to Bob Marley. Independence was such a wonderful time; we had so many expectations of the kind of country we would become. The vision of the government then was a wonderful vision.